What we're listening to next

October 22, 2020
As some of you may have noticed, there was no new episode this week - but don't despair! Beast in the Maze isn't going anywhere. After recording ten episodes, we decided to take two weeks off to do some catching up, housekeeping, and attend to some real-life responsibilities, so we'll be re-joining you all on Monday, November 2, when we'll be taking on some pre-debut-album Iron Maiden recordings from the late seventies. Additionally, we'll have a brief discussion about bootlegs and unofficial releases, and how fans and the music industry approach them.
Fortunately for you, listeners, you don't have to just sit around and wait for the episode to arrive, you can spend the time listening to these early Maiden tracks, and get a feel for what the band sounded like before their 1980 debut. Here's what we're going to be getting into: 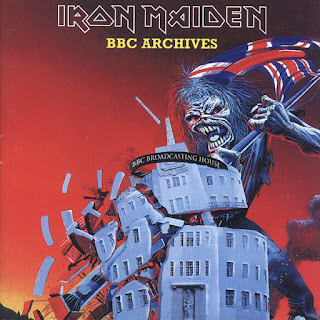 First, we'll take a look at the performance from the Friday Rock Show from November of 1979, which was originally released as part of the "Eddie's Archive" box set. It includes three live takes of songs which would appear on the first album, as well as the song "Sanctuary," which has yet to be discussed on the podcast, but was an early single. 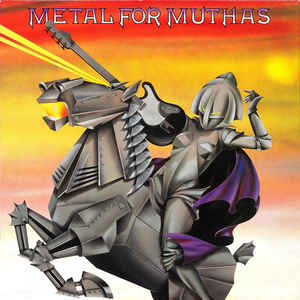 Then, we'll take a look at a single track from the Metal for Muthas compilation: "Wrathchild (which would later appear on the band's second album, Killers)."
Published earlier in the year than Iron Maiden's self-titled debut, this could be considered Maiden's first "official," non-DIY release. The band were also involved in the Metal for Muthas Tour, in which they toured alongside several other important metal bands of the era, and gained more widespread exposure. 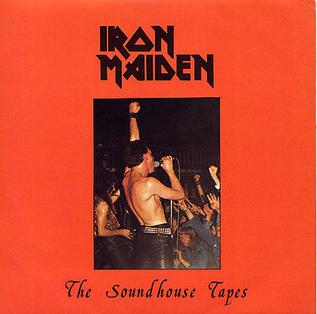 Next, we'll take a look at The Soundhouse Tapes, as well as a bonus track which was recorded during the same sessions. It is The Soundhouse Tapes which is the true "first" Iron Maiden release, assembled by the band under the label "Rock Hard Records." a 3-song EP, Soundhouse was released on a limited 5,000 copy run, and has since become a prized collector's item, with some copies going for close to $1,000. It also marks an appearance of the rare Maiden track "Invasion," which is thematically similar to, but sounds much different than, the later song "Invaders," the opening track from The Number of the Beast.
Lastly, we'll take a look at the B-side to the Running Free single, a song entitled "Burning Ambition," which is one of the earliest-written songs by band leader Steve Harris.
Finally, as always, we'll find out what album will be up for discussion on the next episode, where we'll be joined by our friend and colleague Jonathon from the New Ears podcast. In the meantime, we hope you enjoy the raw early Maiden tracks, and we'll see you next Monday!