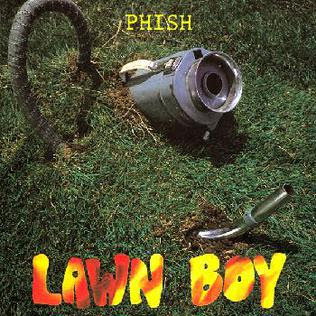 Coming up next week, the guys from Beast in the Maze take on Phish's second album, 1990's Lawn Boy. This album is quite different from the last Phish album we discussed (Rift), not only in terms of songwriting and lyrical tone, but also due to the presence of a horn section. Like Rift, the album contains many tunes which are concert staples. An arguably more light-hearted album in comparison, it would become their first album to be distributed by Elektra records, which occurred a couple of years after its initial release.
You can find the album, and information about it, all over the internet, but we've provided links to the wikipedia article as well as the YouTube playlist. The episode itself will be available a week from today, on 7/13/20. We hope you'll join us! In the meantime, feel free to leave any comments or suggestions below.