"Rift" is coming up next week

June 06, 2020
Now that Beast in the Maze has tackled its first Iron Maiden album, we're turning our attention to Phish, and Brian has chosen their fourth studio album, 1993's "Rift." A concept album loosely based on a man dreaming about a rift in his relationship, this record contains many songs such as "Maze" which appear frequently in setlists and are large parts of overall Phish lore. 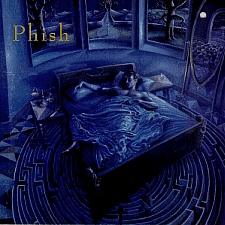 If you've never heard the album, or want a refresher, give it a listen and check back in with us Monday 6/15/20 as Matt gives his opinion on hearing his first Phish album all the way through, and we share our thoughts on each of the songs.