June 14, 2020
Starting at midnight tonight, you'll be able to download or stream Episode 2 of Beast in the Maze, our first Phish discussion. Brian chose their fourth studio album, "Rift," a concept album from 1993. Many of the songs featured on the album are concert staples, and it's as good an entry point to their catalogue as any. 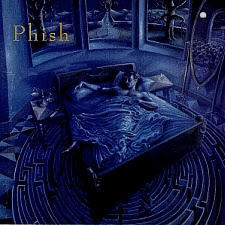 Though Phish is mostly known as a live band that plays extended jams, hearing them played in the studio provides context for understanding the live versions and their loyalty to/departure from the originals.
Join us as we discuss it track by track! If you have questions, comments, or suggestions, you can leave your comments below, email us, or find us on twitter at @beast_maze.
Thanks for listening, and we hope you enjoy it ✌🤘